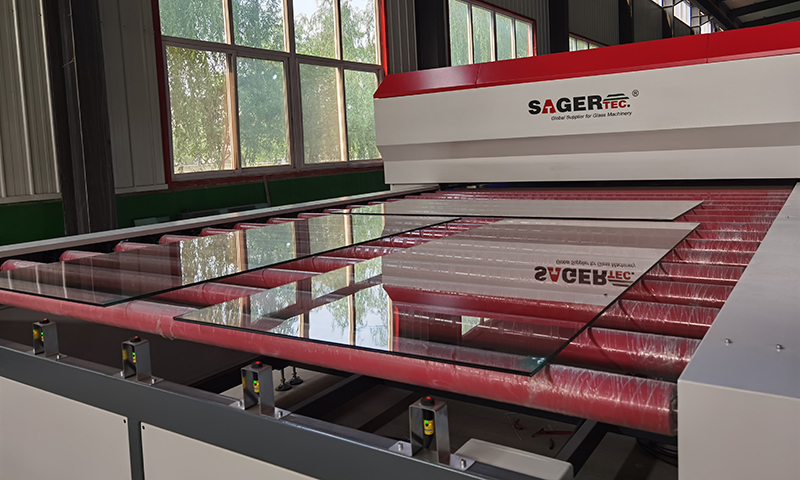 Therefore, I think it is necessary to scientifically discuss the quality of non autoclave PVB laminated glass. Just as when EVA laminated glass was just rising, some dogmatists said how bad the quality of EVA laminated glass was. Now, EVA laminated glass is widely used in various fields. Facts have proved that the views of those who adjust ideas are piecemeal, conservative and incorrect.
To discuss the quality of PVB laminated glass, we have to mention the production process of PVB laminated glass. As a traditional laminated glass production equipment, autoclave has formed a deep-rooted impression in people's consciousness. People don't seem to have any doubts or in-depth study about it except for the concerns about potential safety hazards and complaints in complex production processes, including the quality defects that can be accepted, for example, Few people know why to use autoclaves and the real reason why to use so high pressure. Even many professionals who have worked in this field for many years have never thought about such questions. When asked this question, many people are at a loss. Some people answered perfunctorily in order to increase the adhesion, Does high pressure really increase adhesion? In fact, the adhesion of laminated glass depends on the characteristics of the PVB film itself, the cleanliness of the glass composite surface, the reaction temperature during production and processing, and has no relationship with the pressure. The real reason for using autoclave is to solve the deformation of glass in the processing and the issue of flatness of tempered glass. Strong external force is applied on the glass surface to force the combination of glass and film. This is like the arranged marriage in the old society, which forces two person who have no feelings or have a weak emotional foundation to establish a marriage relationship. Once the external force that binds this relationship does not exist or is broken, the only result is divorce. Looking back, why do so many laminated glass have delamination after installation? which laminated glass are produced by autoclave. I believe that the laminated glass have no visual defects before the installation. Obviously, the issue of delamination occurred after installation. Perhaps the example of arranged marriage with a very thin emotional foundation can appropriately explain the reason for this phenomenon. Of course, “arranged marriage” also provides opportunities for those unscrupulous businessmen to use less materials. They are constantly reducing the thickness of PVB film as much as possible in order to obtain the maximum commercial profit. Because “arranged marriage” can make the laminated glass with internal defects invisible from the visual point of view when it is just produced. In fact, there are great hidden dangers inside. This hidden danger has a certain lag in time and has a certain latent period like a virus. Objectively speaking, there is no such opportunity for non autoclave PVB laminated glass line, It can only honestly meet all the conditions for the qualification of laminated glass before it will not be found visually. Moreover, this discovery will be diagnosed when the glass is just came out from the glass laminating furnace, and there is no possibility of any lag.